Economic abuse is recognized as a form of domestic violence and is prevalent in abusive relationships. 99% of domestic violence survivors say their abusers curtail their access to money. Abusive partners can also damage credit reports, access bank accounts without permission and harass victims at their workplace. This form of violence can create serious obstacles for survivors in achieving economic security and self-sufficiency once they leave the abusive relationship.

MoneyW!SE addresses this issue by providing domestic violence survivors an opportunity to become financially literate, confident adults. We offer a 12-week course on personal finance that culminates in the MoneyW!SE Financial Literacy Certification Test, a nationally standardized exam. Survivors who pass become Certified Financially Literate, a credential that helps them at their jobs and in their search for work. Classes meet once a week. Light dinner and child care are provided.

Volunteer to be an Instructor       Request More Information

Launched in the Bronx in 2009, MoneyW!SE is now a national program, delivered in cities where domestic violence levels are high. Courses are offered at agencies that specialize in domestic violence support services, such as Family Justice Centers and YWCAs.

MoneyW!SE has transformed hundreds of survivors’ financial lives. Participants budget, set financial goals and save money at higher rates after the course, all key barometers of financial success. The following segment, which aired on Market Place radio through NPR stations nationally, explains why. It tells the story of two domestic violence survivors who left physically and economically abusive relationships and are now on the path to financial independence thanks to the program.

“I had been in a bad marriage for over 20 years not realizing it was domestic violence because I thought DV was only physical violence. Then, after discovering his infidelity, I realized that I’d been ‘kept in the dark’ about our finances.

My advocate told me about MoneyW!SE and I enrolled. I’m so happy that I came to the class because I now have the knowledge and confidence to make it alone and take control of my finances. Through the class, I also passed the MoneyW!SE Certification Test and am now Certified Financially Literate. Thank you W!se.” Naomi, a 2016 graduate from MoneyW!SE 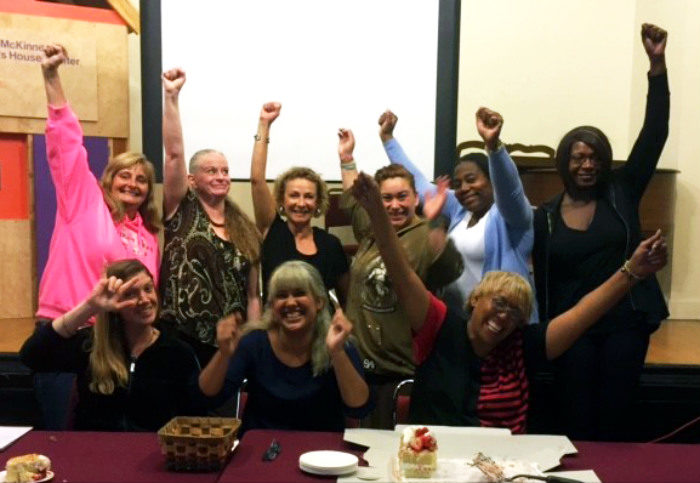